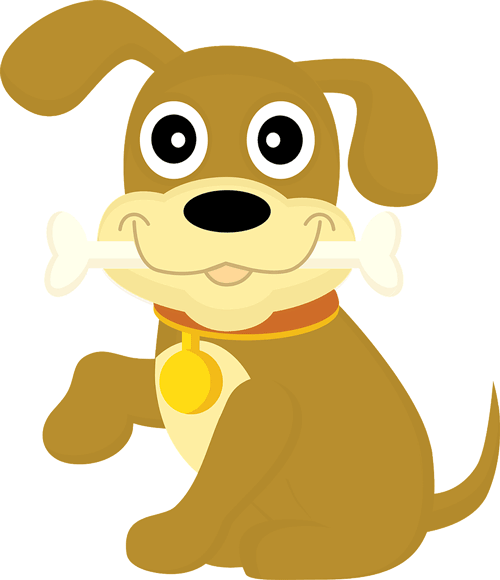 The Fear of Dogs affects 11% of the adult population and touches twice as many women as men.  It is common knowledge that dogs are direct descendants of wolves.  When wolves hunt, they take turns chasing their prey to wear them out.  The ancient humans observed this technique and teamed up with the wolves for mutual benefit.

The wolf struggled between helping humans and hunting them, complicating the relationship. 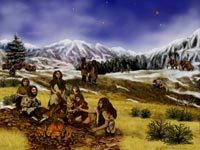 Primordial means from the beginning of time.   This section relates to those fears that are genetic and often referred to as the primitive brain.  An example of a primitive brain reaction would be the association of the wolf’s howl to mean danger.

a. Fear of Dogs as Related to Death.

The general fear of death is discussed in a separate webpage category.  But there are many subcategories.  One relates to dogs.

The three big death-related fears associated with dogs are: being eaten alive, killed, and attacked by a pack of dogs.   Each is slightly different.

Fear of being eaten alive.  If this thought rushed into your mind when you first became anxious, it might be the root fear.   However, this root fear associated with dogs is a false negative thought.

Almost all carnivores kill their prey first.  They do this because they do not want to prey to get up and run away.

This also means that your fear may not be about dogs.   Narrow down when you first had this fear.  Did you see any movies showing people being eaten alive?

This is a universal theme in horror movies because it is so scary.  JAWS is an example.  Jurassic Park is another.  If you can connect a specific movie to when you developed this fear, you may be on your way to recovery.  It also means that this is not a primordial fear.  This would be from manipulation.

Is your fear associated with being killed by a Dog? There are very few cases where a dog killed a person. They are scarce, on the order of one in a million.  The chance of dying by an asteroid is five times greater at 1 in 200,000.  This is another false negative thought out of proportion with the real world.

The fear is probably caused by media manipulation from watching news stories on the subject.  Whenever a dog attacks a person, the media repeats that same story repeatedly.  They repeatedly display the same picture or video to make you feel worse.  Then they plaster a “not suitable for children” sign before the pictures to give you the added urge to look at them.

Other television stations pick it up, and they republish the story.  None of these networks report how rare it is or that people have a greater chance of dying from an asteroid.

The premise that news media attempts to verify the information’s accuracy is propaganda, not fact.  If one news story reports something emotional regardless of accuracy, then a flood of news stories jump on board saying, “Others have reported that ….”.

Is your fear associated with a Pack of Dogs? The chance of being killed by a pack of dogs is essentially zero. There are no documented cases where this has happened in the United States.  When you have this thought, say to yourself, “it is not true.  It has never happened.”

This is another example of fear caused by manipulation.   There are many movies about killer dog packs.  The Pack was a popular movie in 1977 and redone in 2015.   There are many similar movies such as Dogs of Hell, Cujo, Dracula’s dogs, Wilderness, Road Kill, and many others.

b. Fear of Being Hunted 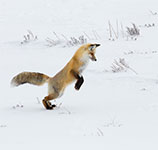 All dogs have a sense of smell that is 50-200 times more sensitive than humans.  As such, you cannot hide from a dog.   Being highly intelligent, wolves learned long ago that hunting humans are unsafe.

This fear is most likely caused by manipulation.  Dogs tracking the prisoners is one of the first things that the media and movies show whenever a prisoner escapes.  In the real world, prisoners are tracked down because they return to where they previously lived or other people spot them.

There is no question that exposed canine teeth, and vicious growls are frightening.

If these observations are actual (as opposed to imagined), then this is where survival skills become essential.  Wolves and dogs are very intelligent.  They instinctively know that humans constitute a mortal threat to them.  They will be cautious and afraid.

A few survival skills are outlined in the Read More link below.

Try and do the following.  Do not panic. 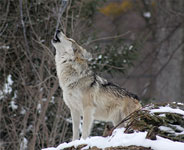 Wolves howl in the quiet hours of dusk to midnight.  The howls can be heard as much as six miles away.  Why wolves howl is unknown.  They may be announcing their territory, socializing, or finding a mate.  Dogs usually do not howl, but some have been observed howling to music.

Howling does not hurt anyone and is not the precursor to an attack.  It does announce the presence of a wolf in the vicinity.  This knowledge can be frightening but is helpful by giving you time to take mitigating measures, i.e., go inside.

The howl is probably associated with manipulation if you feel threatened by the roar.  Every Halloween album sold has a generous serving of wolf howls.  All scary movies with and without wolves have one or two scenes with midnight howling.

Learned fears are those that come with life’s experiences and observations.  Most dog fears are set in motion from learned negative experiences.  A dog bite is remembered after a single encounter.

a. Prior Trauma from a Dog

With 75 million dogs in the United States, a traumatic occurrence occurs.  If the trauma were significant, you would likely need professional help.   This help should be sought at the earliest possible time to avoid compounding the fear with reoccurring negative thoughts.

If you have a traumatic experience and are old enough to recall the events, then attempt to document the circumstances surrounding the attack in extreme detail.

The reasons this is important are outlined in the link below.

It is important to recall as much information as possible, i.e., words spoken, all movements, who were present, where they were standing, what their reactions were, everything the dog did before and during the attack, the time of day/night, the environmental conditions, etc.

Sometimes the minor details are more important than the major details.  These little things may explain why you developed the fear.

Dogs have excellent hearing and smell.

If you can write the details of what happened, your anxiety level is not too high.  Most people with a high anxiety level cannot recall or refuse to remember such information.   But knowing these details will help you understand why the dog bit you in the first place—learning this will teach you how to avoid the problem in future encounters.

Manipulation is a frequent cause of dog fears.  It is done for economic, social, religious, military, and political power.  And it has existed from the dawn of time and will live as long as animals have a brain.  It is a fundamental concept that scaring people is an effective control method.

Werewolves appeared when the wolf population began killing farm animals.  Coincidence?   But the existence of werewolves also served as a social and political mechanism to control people, particularly the young, from roaming around at night and getting into trouble.

Manipulation is discussed in detail in its section.

Was either of your parents afraid of dogs? Did they impart their fears to you?   Did they cross the street to avoid walking past a dog?  Did you have a parent that prevented you from petting or touching a dog?  These fears are learned from observation.

The personality trait most applicable would be the D type, followed by the B Type.  People afraid of dogs include Michael Jackson, Genghis Khan, etc.