FEAR OF WORLD COMING TO AN END 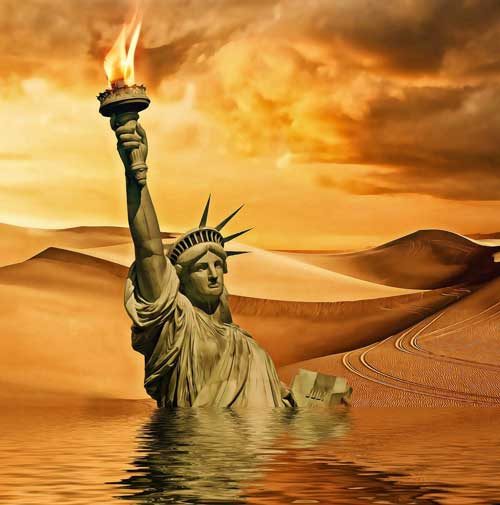 A. Observational Fear of World Coming to an End.

In ancient times, people became afraid when widespread damage occurred by things they did not understand.  It usually dealt with things they saw, but other senses could also be involved.  Unknown dangers trigger the primitive part of the brain associated with the fight or flight response.

Widespread means what it suggests.  For example, a single apple falling from a tree is not widespread and fails to trigger fear.   On the other hand, if all of the apples from the trees suddenly fell, this would be unusual.

Not knowing the cause forms the second factor.  Humans did not know what caused earthquakes, floods, fire, lighting, famine, etc.  As such, their fears drifted away when they slowly acquired knowledge that explained those events.

B. Manipulation of Fear of World Coming to an End.

This is the greatest cause of the Fear of the World Coming to an End.  Religion has been one of the largest sources of this fear, but science is beginning to overtake them.  Wikipedia listed many of the origins of these fears.  They are broken down into general categories, relevant periods, and the number of predictions.

Here are a few samples of the predictions:

All these doom and gloom predictions above and in Table 1 above DID NOT OCCUR.  It makes no sense to continue to make projections for things that will not happen.

“In medicine, if a drug does not work, you stop using it.”  Charles Krauthammer

A non-stop block-buster attack on the World Coming to an End generated billions of dollars of revenue for this industry–and growing.

Manipulation by political powers uses end-of-the-world scenarios all the time.  The two current ones are Climate Change and Covid19.

Out of the hundreds of cataclysmic climate projections, none occurred.

E. Credibility of Politicians and Media.

It is not surprising that they take a hit on their credibility when none of their predictions come true.

A poll by Pew Research showed that 41% of Americans think there were exaggerated or fabricated claims about the COVID19 pandemic.

If the information being broadcast tickles your emotions – then beware.  Manipulation always uses emotions.  If emotion is aroused, turn off the TV and Social Networking platform.  Take a soothing bath and listen to some of your relaxing music.

The personality type most affected by The World Is Coming to an End” would be the B Type of people.  They are the most social.  The Next in line would be the D Types, followed by the A Types.   The C Type personality would be the least affected since they are more prone to rely on the actual data rather than people’s opinions.