Which personality trait is the defendant in the cartoon?   Her purse matches her blouse, and her bracelet and hair match her shoes.  Does that give you any clues?

Is the juror with the laptop a Type C Personality because he has a computer?  What about the standard haircut, no tattoos, no medal piercings, and nothing that makes him stand out?

Which personality type is the judge?   Does the piece of paper randomly lying on his desk or lacking a tie provide valuable hints?

Simple observations tell you more than you think. 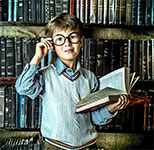 The Type C Personality is strongly influenced by common sense and logic.   They are often the easiest to spot.  They are on the sidewalk, looking where they step and not talking.

The C-Types are indispensable today because of technology.  As a consequence, they own the vast majority of the businesses.  The economic power they wield forms the direction of most nations.

With the rise of the internet, they have added information power to their arsenal. 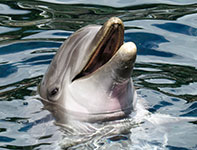 1. Intelligence. This is the innate ability to solve problems and understand observations using common sense and logic.

Common Sense is a sound and prudent judgment based on a simple perception of the facts.  Common sense has been around since humans first walked the earth.  It is not based on education, although education may be considered exercise for the brain.

Isaac Nelson was a potato farmer with an 8th-grade education who solved a fluid dynamics calculus problem using common sense and a piece of chalk.

Aristotle believed that common sense was an innate feature of the animal soul.

Some believe that common sense is a learned response or condition.  Observations have shown otherwise, supporting Aristotle’s view:

For example, infants placed at the top of stairs for the first-time crawl away from, rather than toward, the stairs.  This negates a learned response and suggests an innate feature.

Logic is described as a way of thinking that proves an inference. This is easier to understand with examples:

Jane thinks that logic is dull.  All Type C personalities think logic is fascinating.  Therefore, Jane is not a C-type.

All computers, cell phones, radios, TVs, trains, planes, and automobiles use logic circuits.  But logic has been around long before computers.

The Roman armies used logic to calculate the distance a stone could be flung or the minimum height for ladders used to scale fortress walls.  Even today, military planning is referred to as “logistics.” 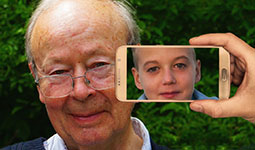 2. Truth. This means that something is by facts or beliefs. Type C personalities are problem solvers.  To accomplish this, they must know the truth of the facts.  However, it is essential not to confuse “beliefs or opinions” with facts.

Many children believe there is a Santa Claus.  The existence of Santa Claus is not factually accurate.  On the other hand, the “belief” or state of mind of the child is a fact.  Therefore, the child’s belief must be true.  (Logic Statement.)

Welcome to the mind of the C-type. 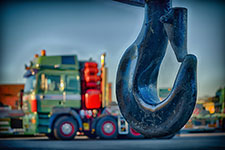 3. Usefulness. This is more of an effect rather than a trait.  But the word defines the importance of the Type C personality.  Everything in society that is manufactured, serviced, or artificially generated is the result of the efforts of a Type C person.  This includes electricity; anything that uses electricity; all mechanical devices, including everything that uses a wheel; all induced chemical reactions; and all artificial or organized biological processes, such as farming.  Society could not function as it does or support itself without C-types.

Type C people usually work in the background and form the foundation for civilization.  But a foundation without a structure lacks usefulness.  The A-types are the contractors that build those structures.  The Type D’s are the inspectors that make sure the safety standards are enforced.  After all, an unsafe building is not very useful.  Finally, the B-types are in charge of interpersonal communications, allowing information to flow smoothly.  Without communication, the structures would be vacant.  Civilization requires a beautiful combination of all personality types. 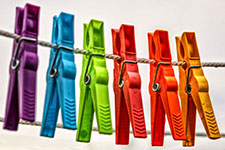 4. Dependability. This is a quality of being reliable, i.e., being able to perform repeatedly and promptly.  The number one reason people are fired is that they do not show up for work on time.  The number two reason is unreliable job performance.

5. Control/Power. Type C personalities rely on two of the control/power traits more than any of the others:

They have perfected the use of economic power.  This is consistent with the fact that C-types are the owners of most businesses.  Ownership is not the same as running or managing the company, which is more of an A-type personality.

Controlling information is the second dominant control/power trait of Type-C.  This type of power is bountiful in this generation.  Amazon™, Microsoft™, Google™ (Alphabet), and Apple™ control all information transmitted worldwide.  They also are the four most prominent companies in the world based on market value (as of 2019).

Information power is molding a new direction for this nation.  This is a fascinating time to bear witness to what will happen next.

What makes the C Type Personality happy is complicated.  It’s probably not what you would expect. But once you learn what it is, it makes sense.

Like the stones in the picture, harmony is balanced.  It’s why the moon doesn’t fall to the earth.  It brings calm to chaos. 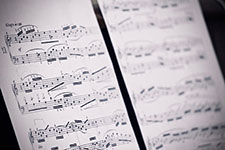 1. Harmony. Harmony, as it relates to personality traits, refers to balance and symmetry. But sometimes, chaos is an illusion and may not exist.  Therefore, before delving into methods to bring harmony amidst the chaos, it is essential to determine if the chaos really exists.

The Media is financially motivated to generate the greatest amount of viewership.  Emotions are the main force for increasing viewership.  It is behind all advertising and propaganda.

If emotions tickle your attention, it is a giant red flag that the information may not be based on facts but on emotions.  Detecting what a feeling is and what is a fact is not easy.  The section on motivation identifies things to look for in seeing emotional influences.  A fun quiz at the end of that section shows how good you are at detecting emotions.

If chaos exists, then there are methods to introduce harmony.  These methods have been in existence for thousands of years. 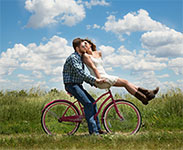 2. Happiness. Happiness is a goal for all people.  But the definition of happiness varies between personality types.  Concerning Type C personalities, happiness is the difference between good and bad times.

Please leave it to the C-types to define happiness with an equation.  But take a deeper look…  Can a person be happy if there is nothing to compare it to?  Can college students be happy at graduation if they have already graduated 100 times before?  How can one judge when they are so glad if they have never experienced sadness?

Hidden in the equation is the realization that Type C people practice optimism.  They can handle sad times, knowing they will appreciate the good times when they come.  Optimism is a happier feeling than pessimism. 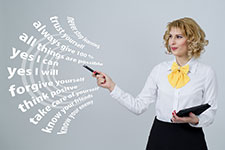 3. Emotion Management. Understanding the cause of emotions allows C-types to assess the truth and determine an appropriate solution.  Analyzing emotions does not mean an absence of emotions.  All healthy humans experience emotions.

If you know that a false statement caused a particular emotion, then discovering it is wrong will reduce stress.

Since sadness is a state of mind, knowing that the statement was false can remove the sad feeling; however, the embarrassment it caused may need to be addressed before it goes away.  And even then, there are a couple of problems.

Discovering that the basis for the statement was false may create anger.  Swapping one emotion for another does not resolve the stress.  Also, if a reply is made, it may trigger a response and start new feelings in an ongoing tit-for-tat scenario.

Many techniques reduce emotional stress. And they work for all personality types.  Below are a few methods.  Post them on your refrigerator or computer display as a reminder.

C. How to Appeal to a Type C Person. 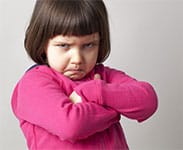 In the photo of the girl, can you tell how she feels?  No words need to be spoken.

You know that this girl is not happy and she’s not pleased with you.

Click on the link to discover five must-know body languages.

Praise and awards are not particularly effective in impressing the Type C personality.  They look for those hidden features and gems like Body Language.  When talking with or meeting with C-types, confidence is essential.  Things to do and not do include:

Type C personalities pay attention to presentations that display graphs, charts, photographs, and models.  Tapping on a chart with reading glasses is effective in emphasizing a point.  It focuses attention on the graph, the tapping shows confidence, and the reading glasses imply aged experience.

A sample or model that can be passed around is very valuable.  It is one of those hidden features that C-types look for that indicates thoroughness and preparation.

If knowledge of the content is a weakness, a partner or associate who can answer all content-type questions is advisable.  For example, Steve Jobs had Steve Wozniak; Bill Gates had Paul Allen, etc.

Type C individuals enjoy searching for hidden facts.  It isn’t easy to find hidden facts with opinions.  Therefore, a state many points and features as “facts” even when they are opinions.  To avoid specific questions, use words like “everyone agrees,” “is it not disputed,” or “all the studies show,” etc.  That is a hidden propaganda tactic.

Asking a C-type for advice on solving a problem will pique their interest.  They are often busy with other matters, but they hear every word.  They are not great at multitasking, but they are excellent listeners. 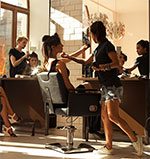 This personality type takes pride in being thorough.  As such, they are tough to trick.   A person from Missouri, the show me state, fits the mold quite well.

BUT pride of thoroughness can also be their weakness.

It’s the old “make them think it’s their idea” maneuver.   If you have not heard about this, you should seek the advice of Hairdressers.

Once Type C personalities believe it was their idea, they are reluctant to make any changes.

The “make them think it’s their idea” maneuver is a significant problem.  It is usually practiced subtly, making it nearly impossible to detect.  One investigatory approach would be to backtrack and see what triggered the idea in the first place.  The “what” trigger may lead to the “who.”  From there, the answer should reveal itself.

C-types are highly organized and find order calming.  Therefore, the lack of organization can be a source of weakness. 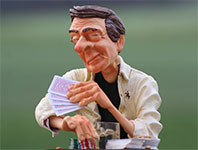 Take the example of a Type C personality playing poker or 21.  If the cards are arranged in neat rows, they will likely memorize them and mentally calculate the probabilities.

In professional poker games, they can observe which players have organized their cards in neat rows.  These are the C-types.  They have a higher likelihood of counting cards and calculating probabilities.

C-types are driven by logic and reasoning.  Therefore they seldom Bluff.  If some action is illogical, the Type C personality is at risk.  There are hundreds and thousands of things that do not follow logic.  For example, the values of stocks are often dictated by emotions more than logic or reason. Most entertainment endeavors (movies, television, music, sports, etc.) are based on emotions, not logic or fundamentals.

If Type C is the author of a publication or the patent owner, incorporating it into your presentation would be the crème de la crème.  It means saying, “you’re so smart that I’m using your ideas.”