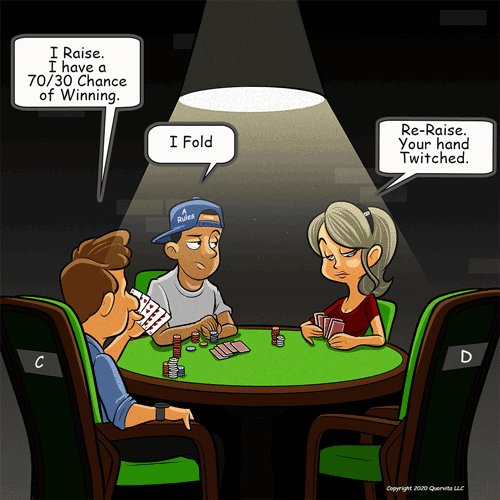 The Type D Person is observant and clever.  These two characteristics form their main Extrinsic Trait of Anticipation.

This trait allows them to predict future events.  But it is not soothsaying.  It is the ability to observe and understand everyday signals occurring around you.  They put all of those observations together to make pretty reliable predictions.   Click on the Read More link below to know how this is accomplished. 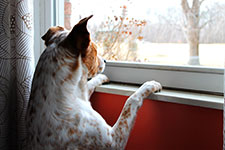 1. Anticipation. This is the intuitive ability to use past events to forecast a future occurrence.  Forecasting is a routine and necessary function for all businesses and governmental entities.  It is also the foundation for all product marketing, i.e., the things that will increase future sales.

A company sought advice from a marketing firm to help them sell breakfast cereal.  A tiger was suggested as the motivating icon. It projected strength to those who ate the cereal while imparting health benefits from the hidden vitamins.  The marketing firm’s ability to predict how the public would react to the tiger mascot is a classic example of how anticipation led to Kellogg’s Frosted Flakes™ becoming one of the Nation’s most recognized cereals.

Marketing methods use many of the same assumptions intuitively used by Type D personalities under the anticipation trait.

While C-types analyze data and make mathematical projections based on graphs and figures, Type D people use intuitive abilities that predict human behaviors.  Biology has an infinite number of variables and resists being defined by mathematical formulas.  This makes the D-type Personalities better at projections that have emotional elements.

A soothsayer warned Caesar that harm would come during the Ides of March.   When nothing happened, Caesar scolded the seer on his way to the Theater of Pompey.  He was stabbed 23 times upon his arrival there.

These soothsayers are not mystical supernatural psychics.  They recognize the people’s mood, understand consequences, observe if someone is accessible, and how much protection they have.   Caesar likely had a high probability of being assassinated. 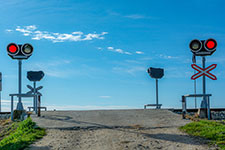 2. Cautious. Caution is the care taken to avoid danger or mistakes based on anticipation.  It is a form of self-protection.  It weighs the anticipated risks, the probabilities, and the consequences of doing nothing and then projects the need to take action.

Everyone has seen signs of caution.  Examples are traffic signs and warning labels on everything from aspirin to baseball tickets.  These words of caution are everywhere.

The Titanic was the greatest ship at the time.  Perhaps they needed a warning sign: “Only enough lifeboats for first-class passengers.”

Next time you see a caution or warning sign, smile and say, “Thank you, D-types.” 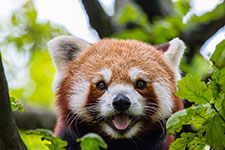 3. Observant. This word has many meanings. But the best way to describe this personality trait is to be careful in honoring rites, laws, and customs.

4. Control/Power. As with all personality traits, D-types also use control and power to anticipate future probabilities.  Most people do this through marketing.

Elon Musk was about to send a test rocket to space, but he needed test weight.  He used a Tesla convertible car as the payload weight. A camera showed a dummy driving the car in space with Earth in the background.  The implication was that everyone should buy a car out of this world. 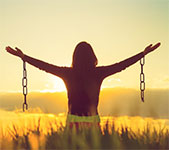 Can you answer this question?   Which personality trait is the most powerful and most misunderstood?

It is the dominant intrinsic trait of the D Type Personalities.

The biggest mistake is believing that forgiveness only benefits the perpetrator.   Not true.

Click on the Read More Link below to learn why and various techniques for handling this powerful trait. 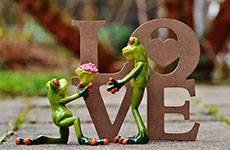 1. Forgiveness.  The dictionary describes it as the ability to cease feeling resentment towards another.

It is directed solely to helping the victim, i.e., the person who has been hurt.   This definition does not include telling the person who caused the hurt that they are forgiven.

The definition does not mention grief from a hurtful action or losing a loved one.  It only deals with resentment or internal anger towards another.  Grieving is healing action, while resentment or anger is a stressful action.

David Luke Brown is a police officer in Greencastle, Indiana.  He was shot by a thief and returned fire, injuring the shooter.  While waiting for the ambulance, he forgave the shooter and tended to the shooter’s injuries.  The vast majority of police officers share the forgiveness trait.

Steve McDonald was a police officer shot by a teenager, leaving him paralyzed.  Officer McDonald forgave the boy.  While the teenager was serving his prison sentence, the two worked together to promote forgiveness.

Mary Johnson’s son was murdered.  When the shooter was released from prison, he moved next door to Mary because she had forgiven him.

While Jesus was dying on the cross, he said, “Father, forgive them; for they know not what they do.” Luke 23:34

Practice forgiving.  Start out forgiving someone for a minor problem.  Find a quiet place where you are alone.  Close your eyes and say out loud.  “I forgive you for…..”  Be specific so that you acknowledge what it was that hurt you.  Say it at least three times.  Try to make sure that you mean it.  Then wait a few days and repeat the same forgiveness.

Observe how you feel.  This observation is critical.  It reinforces the reward or benefit to you personally.

If you can talk about this person without feeling hurt or angry, you have successfully forgiven them.  Telling the person that you forgave them is not required.

Repeat this process a month later on another hurtful situation and take on a more serious transgression each time.

The only thing you have to lose is your own stress. 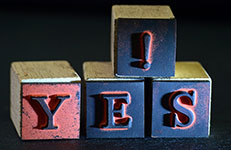 2. Agreeable. This means a willingness to do something or consent to something.  The agreeable trait defines someone who is cooperative, polite, kind, and friendly.

Most playgrounds have teeter-totters.  It takes two people of similar weights to play at one time.  Typically, there is a line of kids waiting their turn.  Kids who peacefully wait in line for their turn exhibit the agreeable trait.

Getting in line or queue is ubiquitous in all societies.  This is a classic example of how D-types have made their mark on society.  This does not mean that people who get in line are D-Types.  It means the persons who invented or implemented the “line rule” are likely D-Types.

The agreeable trait tends to make nice friendly, pleasant people blend into the background.  The musical “Chicago” by John Kander and Fred Ebb presents the classic example of this trait with the character known as Mr. Cellophane, brilliantly played by John C. Reilly. 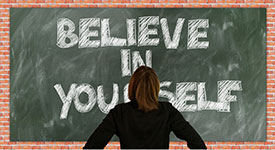 3. Self-Compassion. Self-compassion is the same thing as being compassionate to others, but instead of being directed at others, it is turned inward and directed at one’s inner self.  It is similar to the caution trait aimed at protecting self.

Self-compassion is the ability to understand and accept who you are and to love yourself.  It requires knowledge of psychology and an understanding of emotions.  Type D people are more apt to know when their mind is creating negative thoughts and implement techniques for handling them.  Negative thoughts are almost always based on false premises.  Here are a few methods to help you understand them:

a. Recognize False Negative thoughts. This is not always easy, but some clues can help.  If your mind says that:

Having naughty thoughts has no connection to the real world.  Those thoughts are usually every day.

c. Divert Attention Away. There are many techniques to divert attention to something else.  Here are a few suggestions:

Remember, the news is not really news; it is sensationalized material meant to stir your emotions so that you will listen longer.

C. How to Appeal to a Type D Personality. 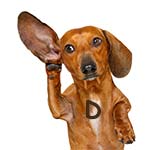 The D Types are great listeners.  They are uncomfortable at large parties and will often be off by themselves.

Asking about topics involving future events, such as climate change, will be welcomed with enthusiasm.

Avoid situations or meetings that are chaotic or loud. The same is true for anything that glorifies or describes violence, chaos, or hate.  Click on the Read More link for more insights.

If you want to get something off your chest, seek out a D-type and ask if you can talk.  The best time to do this is at a large party or gathering.  The D-types are typically off by themselves.  They prefer one-on-one discussions.  Avoid topics relating to violence, chaos, or hate in those conversations.

They are uncomfortable around people and events that are chaotic or unorganized.  A social event at a museum would be great.  In this regard, it would be wise to find out their hobbies and interests.

Asking about climate change will catch the D-type’s attention.  It does not mean they believe it, but it involves projections of future events.  This is right up their alley.  It will be an interesting and exciting conversation.

Anything about future events is open season.  If you are in a business meeting with a Type D person, incorporate a prospectus on future projections and be prepared to answer detailed questions.  Types of warning labels are also a friendly topic for discussion.  For example, you might ask, “How would you phrase this type of warning?”

Never get drunk in the presence of D-types.  That throws up giant, invisible caution signs.  On the other hand, if you make a mistake, or have an awkward moment, ask them to forgive you.  They almost certainly will.

The ability to anticipate things that have not occurred is also the source of great stress when those predictions miss the mark.  As such, this is their greatest weakness.

How this topic is approached is very important, and things that should never be done are provided in the Read More link below.

For example, when discussing missed predictions is best to talk in probabilities rather than, “You blew that one.”  There are zero future predictions that have 100% accuracy.  The sun and moon rising have a high probability, but even those are not 100%.

For example, Type D people tend not to voice objections when others are present.   Rather than assert their opposition, they hold back.  This causes stress in two ways.  First, the position they are disputing may be adopted.  Second, the failure to say something is internalized, and they feel guilty about being weak.

When competitors know you are a D-type, they will intentionally have many people at the meeting.  Then they will make any opposition front and center.

They will ask, “If anyone has an objection, please raise your hand.”

The D-type will not want to be the only one voting against the proposal and may not raise their hand.

There are two basic ways to handle this situation.  First, do not go into meetings with multiple people.  Type D people have no problem voicing their opinion in a one-on-one meeting.  However, if a solo meeting is impossible, the next best thing is to have a proxy attend the meeting.

A common tactic of judges when questioning jurors is to ask, “Is there anyone here that feels they cannot serve as a fair and impartial juror?”  This is done to speed up the process.  However, it comes with some risks.  D Types, like anyone else, may have some serious biases.  This tactic may not be fair to one side.

People have tried to use the forgiveness trait against the D-type.  However, it seldom works since they practice forgiveness and know when not to disclose it.