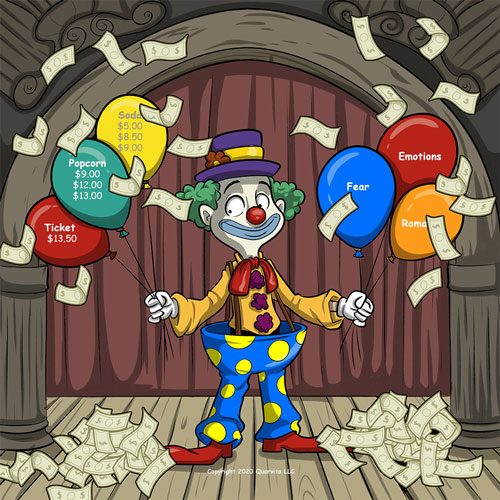 a. Media Manipulation is Designed to Stimulate Hormones.

Focusing on manipulating euphoria is brilliant and has the same effect as adding nicotine to cigarettes.

Everyone focuses on something to gain an edge.  Farmers use hunger; doctors use health, military leaders use protection, and so on.   Manipulation is simply a part of life imparting positive and negative features.  This section teaches how to recognize manipulation as it relates to euphoria.

The more emotions can be used, the more influence it has on you.  This is why it is important to use multiple rewards to overcome fears.

1. Books. A book that uses only words focuses on one visual input.  That is why reading books with only words are not particularly effective in causing fears.  A book with pictures and words uses two forms of information inputs.  Color pictures provide more influence than black & white, and real photos constitute a far greater influence.

2. Movies. Movies have moving pictures and sound.  This means every second; the visual input is 22 -26 pictures per second flashed across your eyes.  Movie duration is approximately 90 minutes which means there are 8.4 million pictures sent to your visual input.

The pictures are also 60 to 80 feet in size.  There are billions of color variations and light intensities.  This is a massive amount of visual information received by the eyes.  Movies have sounds that accompany the pictures.  Movie producers/directors know how to boost and lower expectations with sounds.  This dramatically affects the amount of emotion that can be manipulated.

Now add to that the size of a giant tarantula and gigantic fangs looking to eat you or take revenge on the humans.  This will scare the living daylights out of anyone.  And guess what?  It is incredibly lucrative.   But there are many other inputs.

They add popcorn, soda, and candy that subconsciously show how the giant tarantula will feel when it eats you.   As discussed in earlier chapters on fears, the number of senses creates electronic pathways to cement the fear memories deep into your brain.

The theaters with IMAX-type screens add peripheral data entering the brain.  Some theaters have seats that move or vibrate that indicate movement.

This would add a sense of touch to the input information and imparts a compelling sensation for creating, stroking, and accentuating fears. 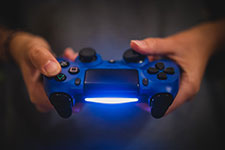 A statistical study connecting a particularly violent game as a cause to a particular criminal behavior would be difficult to conduct because of the thousands of variables involved.   International Law compounds research efforts by prohibiting any studies that involve intentionally causing a significant disease or injury to a human.  [Nuremberg Code 1947 and the Helsinki Declaration 1964, International Ethical Guidelines for Biomedical Research Involving Human Subjects, Universal Declaration on Bioethics and Human Rights 2003, to name a few of many laws.]

Video gaming is one of the most used forms of entertainment by media manipulation.  The amount of money spent on video games in 2018 was $138 billion and accelerated to $159 billion in 2020.  Anyone who challenges this income stream confronts enormous economic and legal challenges.  In Brown v. Entertainment Merchants (2011) 564 U.S. 786, the U.S. Supreme Court sided with the video gaming industry holding that the State of California could not prohibit violent video games from being sold.

4. Music. Music is unique in the sensory importance realm. It has some unique connection to the emotional areas of the brain.  Music is an acoustic wave that follows discrete mathematical rules.  Similar rules apply to electrical signals carried by the nerves.   It is possible that music and nerve signals somehow sync up and trigger the release of hormones and chemicals that accentuate emotions.  The music following the wave rules carries positive rewards, while discordant notes trigger negative reactions.

Most people do not understand why music is so enticing.  Studies show that animals like parrots can categorize music and associate it with a genre.  Dogs howl to certain types of music.  Many believe that howling wolves are singing.

Music is much broader than being a reproduction or seduction tool.  Babies and the elderly respond positively to music unrelated to procreation.  When people of different cultures are exposed to new forms of music, most exhibit a pleasure response.  Most unconsciously display a dance reflex such as foot tapping and wiggling.

Some argue that music conveys emotion.  Movies use music to prepare the audience for an upcoming scene or appear suddenly to enhance a shock. 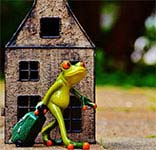 5. Humor. Babies giggle, illustrating that it is primordial emotion.  Dogs laugh, horses laugh, and probably all higher animals laugh.  Plants may laugh, but we are unable to measure it.  All agree that in humans, humor has a powerful influence.

Some scientists believe that humor is a mechanism to reduce tension.  There is no question that humor does minimize anxiety.  But babies giggle, and there is no apparent stress relationship.  Others argue a superiority theory is at play, i.e., people laugh at the misfortunes of others.  But many laugh responses have nothing to do with someone’s misfortune.  Sneaking up and saying boo to a baby often triggers a giggle.  There are as many theories about why humans laugh as the number of comedy routines.

Scientists have observed that the lower frontal lobes of the brain light up with activity during a perceived funny situation.  People who have suffered strokes in that region appear to lose their sense of humor.

All can agree that laughter does reduce stress.

1.  Fear of Death.  Other than love stories, it would be hard to find a movie that does not have scenes of one or multiple deaths.  There are many movies showing mass death or near extinction.  They intentionally make these movies scary with death dealt out on a mass scale.  Examples include Day after Tomorrow, War of the Worlds, Independence Day, 12 Monkeys, Planet of the Apes, and hundreds of others.  If they do not kill everyone, they exaggerate the type of death.   Silence of the Lamb® portrayed a person eating other people alive.

On television, there are deaths in almost every police story.  One series of a police officers in a small town in Wyoming showed 1 to 5 murders per week.  This exaggerated the actual murders by 1000 to 10,000 times.  This is a goal of media manipulation.  They magnify everything to elicit the maximum amount of fear.  They do this for one reason and only one reason — to increase revenue.

2. Fear of Spiders. The movie studios hire experts to help them select which spiders produce the greatest fear.  Fear of spiders is owned by 27 percent of the population, according to a Gallup poll.   There are movies where millions of spiders invade a home and movies where individual spiders are a million times larger than actual.  Each movie has a spider brain seeking revenge or looking to eat you.  A few films include Tarantula®, all Indiana Jones® movies, all of the Harry Potter® movies, Jumanji®, Spiders®, Ice Spiders®, Itsy Bitsy®, Kingdom of Spiders®, Eight Legged Freaks®, Big Ass Spider®, and far too many to name. 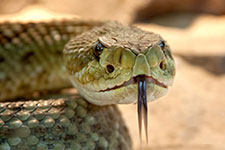 3. Fear of Snakes. According to a Gallup poll, fear of snakes is the number one fear.   The movie studios intentionally make the snakes the villains in every movie and enlarge the size.  A few films include Anaconda®, all Indian Jones® movies, all of the Harry Potter® movies, Clash of the Titans®, Snake on a Plane®, Venom®, Jungle Book®, Serpent®, Them That Follow®, Snake Woman®, Hard Target®, Ssssss®, and many more. 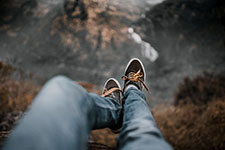 4. Fear of Heights. According to a Gallup poll, fear of heights is the third most common.   The most widely broadcast images of the 9-11 attack were of people falling from the twin towers.   These images were rebroadcasted thousands of times by various networks.  A few movies include Vertigo®, Falling from Height® Acrophobia® Man on Wire®, Cliffhanger®, Eraser®, Detached®, Mount Rushmore®, Heights®, Pacific Heights®, and many more.

5. Fear of Closed Spaces. Claustrophobia is the fourth most common fear, according to a Gallup poll.   A few movies include Room®, Stuck-In® Buried® The Cave®, Underwater®, Claustrophobia®, Devil®, Panic Room®, The Descent®, Misery®, Body Double®, and many more.

5. All other Fears.  If there is a fear, it has been exploited by the media.