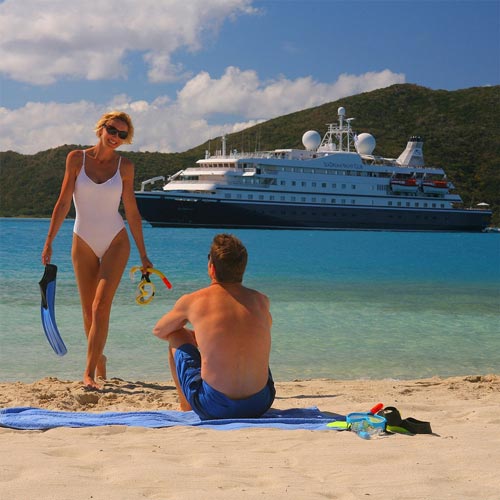 A. General Information on Cruises.

Cruising began in the 1800s with the delivery of mail across the oceans.  The Britannia steamed from Liverpool to Halifax in ten days.  The first-class passengers were treated in luxury while the immigrants took up the lower levels.

In the 1950s, cruising became a social event with first-class dining, drinking, and dancing.  Princess Cruises began in 1965, Norwegian Cruise Line in 1966, Royal Caribbean in 1968, etc.  The TV series “Love Boat” in 1977 brought the era of cruising for the average person.

In 2016 the total ocean cruise passengers were from the United States at 11.5% of the total passenger market.   The next most cruise passengers captured 2.1 to 1.3 percent of the market from China, Germany, the United Kingdom, and Australia.  The number one reason for taking a cruise was “To Relax and Get away from it all.”  The Caribbean captured 35% of the destination market, with the Mediterranean claiming 15%.  South America claimed the last spot but grew fast.  Cruise passengers numbered 17.8 million in 2009, rising to 27.2 million in 2018.

Jones Act.  Every country has laws governing cruise lines and bringing the property into those countries.  In the United States, the Passenger Vessel Services Act (PVSA enacted 1886) prohibited any foreign vessel from transporting passengers between ports in the United States.  The Jones Act (passed 1920) in the United States requires goods shipped between US ports must be transported on ships built, owned, and operated by United States citizens.  In the face of these laws, it would cripple most of the cruise industry practices.  Numerous exceptions make the law difficult to understand and implement.  It cannot drop off passengers at different US ports but does not apply to the beginning and ending ports, i.e., a cruise between Miami and Los Angeles is allowed.

Duty Taxes.   The US Custom Duty Tax laws are even more challenging to understand.   There is typically a flat duty to articles purchased outside the US and brought into the US at the end of the cruise.  But this is also subject to various countries, i.e., Cuba.    There is an import duty or tax on jewelry brought into the US, but there may be no such tax on bringing in the gemstones as separate items.  It is best to find out what the law is for the applicable product and the applicable country.

Things to Do on Board.  There are many activities on a cruise ship, including casino gambling, live music, Broadway musical productions, games, exquisite diners, and fun, fun.   If your ship travels to ancient cities or historical ports, they often have a presentation the day before.  These presentations give a rich insight into the ports’ history and importance.

B. Names with Embedded Links to Various Cruise Lines.

Many cruise lines are in existence.  They cover most of the World that have an ocean port.  The travel agent provides the best advice based on personal experiences.

The link below connects to the larger cruise line websites in alphabetical order.

C. Names with Embedded Links to Services that Rate Cruises. 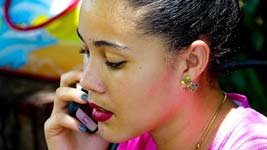 Most Travel Agents provide the best critics and opinions for each cruise line.  If you are interested in surveys and views for the best cruise for the price, or one that has the most family activities, or one that has the best dining, or the best entertainment, or best for dancing, the following websites and links are provided.  There are many reviews and ratings that are not identified below but can be discovered by a simple internet search.

D. Names with embedded Links to Services that Book Cruises.

The Travel Agents can book the cruise and arrange all the transportation and connecting flights to make your trip easy and enjoyable.  All cruise lines have a link on their website to book a cruise and look at all the ship’s features and activities.   This is a must-read once you have decided to go on a cruise.

This is a touchy subject.  In the early days of cruising, the cruise cost was much higher than today.  As such, most of the tours arranged by the cruise line were nominal expenses.  Unfortunately, to attract more people, they dropped the cruise prices significantly.  They began to charge more for the amenities to cover this price drop.  This included the shore excursions.   The shore excursions are about double the cost of the same tour when booked independently from the cruise line.  The ship does not provide many shore excursions, such as Segway Tours.

Guided Tours provides a unique and wonderful experience for those who have not been to that location before.  Many companies provide personal tours, such as Trip Advisor.   Private tours offer a rich experience that cannot be duplicated by a person talking in front of a crowded bus.

For example, a tour of the USS Hornet museum in Alameda, California, conducted by a World War II aviator that served on the Hornet during combat, is priceless.  Personalized tours at various ports of call are gems that should not be ignored in favor of price.

If you are prone to seasickness, then you must do something to combat it.  Being seasick on a cruise ship is like serving beer in the stadium hallway at the 7th game of the World Series, and your son is up to bat in the 9th inning in a tied game with two outs and the bases loaded.  That analogy should give you a better understanding of the problem.

There are things that you can do.  Pick a room near the ship’s middle on the lowest floor of your cabin class.  Get a room with a balcony so that you can see the horizon.  Sit in the back center when attending a show in the theater (always located in the front of the Ship).  Avoid the side balconies.  During rough seas, avoid the front or back of the ship as much as possible.  Some say move your head in the direction and same speed as the swaying ship.  Avoid looking at tiny screens like cell phones and computers.  Fresh air may help.

There are prescription and over-the-counter medications that can be taken.  Try them out before you go on the trip.  Some medicines may make your mouth dry.  There are various pressure bracelets that some say work.  There are ginger-type herbs that work for many people.  They sell these herbs in candy form.  Carbonated Ginger Ale helps.

Can you guess which fears this Joy can help reduce?

Here are a few fears that can be helped by cruising but are not so obvious:

Warning!   Make sure you have no inner ear infections or problems before going on a cruise.  If you are prone to motion sickness, you must take nausea medicines when needed.