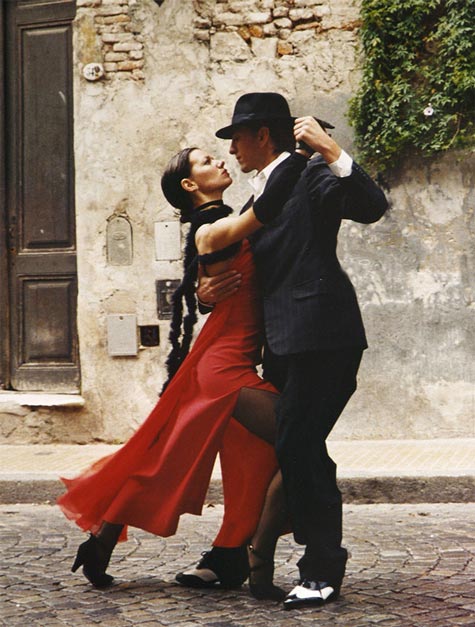 Scientists believe that dance is an inherent animal characteristic used to communicate.  One of the most obvious illustrations of this feature is the mating dances of birds.  But it is broader than mating.
The Praying Mantis often uses rhythmic moves to hypnotize its prey just before a strike.   Religious ceremonies are used with music to describe events.  Egyptians used it to show sorrow at funerals.  Greeks danced to open athletic competitions.  Cave drawings from India 9000 years ago showed ritual dancing.

A. Benefits of Dancing.

Studies are proving that dancing is healthy for the brain and body.   Harvard Medical School Dept. of Neurobiology published an article in 2017 showing positive health benefits, mainly brain function, associated with dancing.   In 2008 researchers studied the benefits of dancing.  Brain imagining showed specific areas of brain improvement.  A 2003 study published in the New England Journal of Medicine showed that dancing improves brain health.  It studied the effect of various physical activities (cycling, dancing, golf, swimming, and tennis) on cognitive brain function.   Only one showed a positive response—dancing.  A study in 2015 showed that it is beneficial for overall cerebral health.   The Parkinson’s Disease Foundation found that it promotes the production of dopamine and that it allows people with Parkinson’s to “speak and walk better.”

B. Types or Styles.

Waltz:   One source stated that it was a folk dance filled with rolls, glides, and turns.  Other sources believed it started from the Volta, comprising two steps and a leap.

By the end of the 16th century, the people of Vienna embraced the Waltz for the royal court.   At that time, the royal dances were rigid and controlled with no smiles.  But the waltz changed that, and it sparked a mini-revolt.  France took up the waltz, but they danced it apart.  This changed in the 1800s when the music of Johann Strauss became popular.   Currently, there are many forms of the waltz, including the Contemporary aka Viennese Waltz, International Standard, American Style, Mexican, the Cajun Waltz, the Tango-based Valse, and the cross-step Waltz.  The popularity of the American Fox Trot almost destroyed the Waltz after WWI, but it came back strongly in the mid-1900s.

Read More on most of the Dance Types (click here) 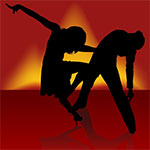 Rumba or Rhumba.  The term rumba is synonymous with “party” in northern Cuba.  Some say the word developed in Spain means lavish display.  Most place the origin in the poor neighborhoods of Havana, Cuba.  Originally it was done to fast music with sexually frantic moves causing the Cuban government to ban it in public.  It entered the United States on the East Coast in the 1920s and particularly in the context of big band music.  In the 1940s and 1950, the Mexican and American film industry romanticized it.  The emergence of Salsa in the 1950s revitalized its popularity.   In the ballroom setting, the music timing slowed.  It is a rhythmic and syncopated dance in duple (2 beats per measure) time.

Bolero.  This Spanish dance mimics the movements of the toreador in a bullfight.  The introduction is called Paseo, the crossing is called the Traversa, the Differencias are a series of steps showing grace and balance, and the Finales are where the dancers pass each other in a flirtatious manner.  The Bien parado is a graceful acknowledgment of the audience.

It is similar to the Rhumba but slower at about 96 beats per minute.  It utilizes the rise and fall similar to the foxtrot, but the third step is extremely slow, providing an opportunity to emphasize the sexy, seductive moves.

The Bolero changed from a three-four, or Waltz beat, to a four-four time in Cuba, which is used today.  The tag name “Dance of Love” was adopted in Cuba. 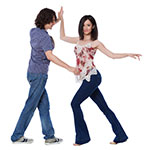 West Coast Swing:     Most people acknowledge that the West Coast Swing developed as an offshoot of Lindy Hop.  Dean Collins in Los Angeles influenced its development along with Arthur Murray.  It was declared the official dance of California in 1988 by Senate Bill 2460 and became law without the signature of Governor George Deukmejian.  It is a slotted dance performed to any music with a 4/4 time, slow (60 bpm) to fast (160 bpm) with a preferred beat around 108 bpm.   The most common basic figures are the underarm pass, left side pass, tuck pass, sugar push, and the whip.  The West Coast Swing is enjoyed worldwide, with the most dominant scene being in the United States.

The West Coast Swing and Salsa are the two most danced styles in clubs and bars across the United States.

Argentine Tango.    In the early 1800’s many Spanish, Italian, and African single men immigrated to Buenos Aires, Argentina, looking for fortunes.  They frequented the bars in the bordello district, looking for love.  A “mating dance” became popular with a blend of European, African, and Cuban music.  The upper crust considered it sleazy, making it more alluring to the younger generation.    The African word for tango means “reserved ground.”  The men’s dress included slouch hats, loosely tied neckerchiefs, a knife often tucked in the belt, and high-heeled boots.

Anything satin was the ladies’ choice as long as it was slinky, had a long slit, and was black.   The Embrace is a major component of the dance, with the chests of the partners touching and the hips apart – the opposite for most ballroom dances.  The walk is mainly outside the legs of the followers, and often the men and women step with the same foot, i.e., both with their left foot and then right foot.   The ladies perform most of the intricate moves while the men take sole possession of “the attitude.” 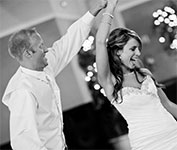 Night Club 2-Step.   According to Wikipedia, this dance was developed by 15-year-old Buddy Swimmer in the 1960s.  Swimmer was a West Coast Swing dancer from Whitaker, Illinois.  He opened a studio in Costa Mesa, California, in 1978, and it blossomed around the country.  It is danced to mid-tempo ballads in 4/4 time with a quick-quick-slow beat at 64-88 BPM.  The most noticeable song is Lady in Red.    It has a lot of similar moves as the Bolero and Rumba.    Ballroom dancers modified the rock backward step and changed it into a side-crossing action, as in Bolero.  This version has become known as the Ballroom Two Step. 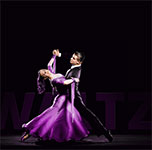 Fox Trot.  A California native Harry Fox (stage name), was a Vaudeville actor who moved to New York after the devastating San Francisco earthquake.  He popularized it (some say Vernon and Irene Castle created it) in 1914 on the roof of the Theatre Jardin de Danse.  There he performed his trotting steps to ragtime music.  It was a unique merger of slow syncopated 4/4 blues movements with eloquent long smooth strides.  The American Social Style uses six-count Slow-Slow Quick-Quick steps, while the International Style adopts a more aggressive four-count Slow-Quick-Quick pattern.

Polka.   The Czech word (pulka) for this dance means half step. This is fast-paced with skips and jumps.  Some say that the current Polka originated in the Czech region of Bohemia in the 1830s.  A young worker named Anna Selezakova did a dance she called Madera.  It was fun, and it quickly spread throughout Bohemia.  It is currently the most popular dance in the Czech Republic.  Polish refugees brought the Polka to the United States in the Chicago region.  The strides are one full step followed by two half steps following two beats per measure with jumps while constantly turning.  It is a very high-energy dance. 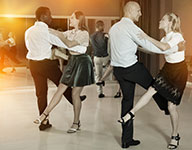 Jive.    The Jive originated in the United States in the 1930s.  Cab Calloway was a motivating force in bringing it to the forefront.  But so, too, was the Glen Miller Band.

It is a high energy, similar to the Lindy Hop and Jitterbug.  It is often referred to as Swing Dancing.   It involves two triple steps with patterns and concludes with a back rock step.  The East Coast Swing is an offshoot of the Jive.  However, the West Coast Swing is a slotted dance pattern, which is entirely different. 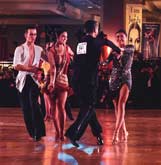 Salsa.  Most people trace their roots to Cuba and specifically Santiago, Cuba.  The dance moved to Puerto Rica and New York City when Castro took power.  It was in New York that it blossomed.

All bars across the United States with a dance floor played Salsa music and danced to the salsa beat.  It is one, two, three, pause on four; then five, six, seven, pause on eight.   Many turns, dips, and skips keep this dance fun to watch.  Hip movements are required.  The world, International, and United State Salsa Championships have various styles.

There is Salsa Rueda, where groups of dancers switch partners.  A person known as the “caller” shouts out a move, and all dancers exchange partners by a specific routine.  The caller uses his fingers in noisy venues to communicate an exchange maneuver.  The largest Salsas Rueda involved 1102 participants and was done at the Aristotelous Square in Thessaloniki, Greece, on June 1, 2014.  The best number in a Rueda Salsa is from 3 to 6 couples.

Chicken Dance.  This dance does not require a partner.  It is a staple at school parties and a must at all Oktoberfest celebrations.  It was created by a Swiss musician named Werner Thomas and designed to mimic snow skiers.  The song and dance were created at the same time.  The record sold 40 million copies.

This song is usually played at US weddings along with YMCA and Macarena.   More people know how to do the Chicken Dance over most ballroom dances.

Perform an internet search for your area for ballroom dancing or dance venues.  There will be thousands of venues.  Here are a few of the websites with a national scope.

Dancing helps heal many types of communication fears.  Walking across a dance floor to ask someone to dance is a courage builder.  If you’re turned down, it teaches that rejection is not about you.

For the person asked to dance, it builds courage and caring.

The science points to Dancing as the number one activity for brain and body health.   If you have a fear of your weight or body, dancing is a great way to calm them.  If you have ever watched dancing with the stars, you must have noticed that not a single dancer gained weight during the period.  On the other hand, non-professional dancers who lost weight during the period were nearly all of them.

Here are a couple of hidden fear busters.

A Persian girl was asked, how can you flirt with someone when you cannot talk and your face is covered?   She went on for several minutes describing a dozen eye movements communicating differently. The eyes are critical in non-verbal communication.

There are expensive seminars on non-verbal communication skills.   Dancing is more effective and fun, and it’s free.