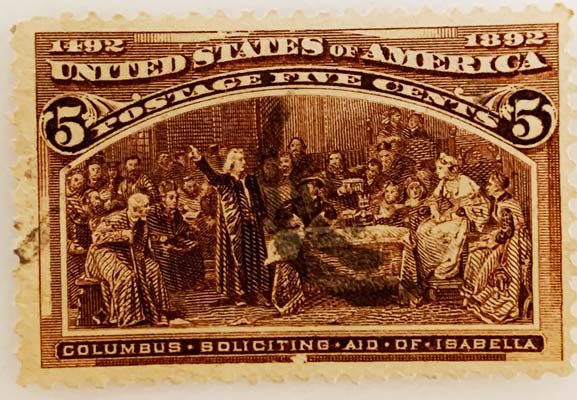 Historically, messages have been exchanged between people as long as man has been on earth.  The envelope and stamp are a recent phenomenon.   Revenue Stamps predated postage stamps by hundreds of years.  These stamps were used to assess, regulate, and tax merchandise.  The Ottoman Empire used revenue stamps to control and tax the silk trade.

The American Philatelic Society provided a brief history of the postage stamp.  In 1837 The British Postmaster General proposed that mail could go anywhere in the British Isles at the same rate low rate.  The sender paid the fee, and the postal service placed a small piece of colored paper outside the letter.  The small piece of colored paper morphed into an official stamp three years later with the picture of Queen Victoria.  In 1847 the United States printed its first stamp, a 5-cent stamp picturing Benjamin Franklin, the first US Postmaster.

Currently, 5 million people collect stamps in the United States, and 60 million are spread worldwide.  The main reason was to enjoy searching, cataloging, and mounting the stamps in an album.  Socialization networks with other stamp collectors formed a way of sharing and exchanging stories.  Many enjoy collecting stamps with their children and grandchildren.  Many famous people collect stamps.  Some include Queen Elizabeth II, President Franklin D Roosevelt, Freddie Mercury of the band Queen, John Lennon of the Beatles, etc.

There are many stamp collecting websites.  A few include:

There are many stamp collecting websites.  A few include: