A. The Seven Joys of Religion. 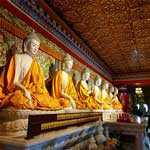 This chapter concentrates on the seven joys used in this website associated with all mainstream religions.  These Joys are powerful psychological forces proven by scientific observations to improve health, thinking, and contentment.

The seven Joys are Hope, Prayer, Family, Forgiveness, Gratitude, Compassion, and Solemn Ceremonies.   Although Solemn Ceremonies appear to be a different type from the others, it isn’t.  It is the implementation of those Joys as well as improving community values, ethics, personal promotions, friendships, love, support, socialization, and more.

There was some evidence of human burials about 100,000 BC that may support religious beliefs.  The Neanderthal burials took place about 70,000 BC.  Turkish ruins known as Gobekli Tepe can be interpreted as a worship site from about 9,000 BC.  Unfortunately, there is very little documentation of organized religions before 4,000 BC.

The Sumerian tablets in 3,500 BC show written evidence of religion.  Egyptian artifacts suggest the belief in one or more deities. The oldest Egyptian Pyramid by Pharaoh Djoser was dated 2,635 BC.

Stonehenge took its final form in 2,600 BC.  The Minoan Civilization developed in Crete around 2,200 BC and appeared to have worshiped various Gods.  The Upanishads texts were prepared around 1,250 BC and formed the concepts of Hinduism, Buddhism, and Jainism. 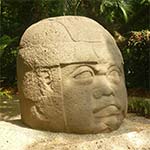 The Olmecs constructed temples in Central America around 1,200 BC. Confucius was born in 551 BC. The Tao Te Ching was written in about 300 BC.
Jesus of Nazareth was born in the year 0. Muhammad was born in 570 AD, and the Quran was written in 650 AD. Kojiki, the oldest Shinto text, was drafted around 712 AD.
Martin Luther launched the protestant reformation in 1517 AD.

According to Pew Research Center, the Major Religions in the World are roughly divided as follows: 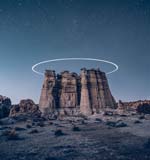 There are many offshoots of each major religious group. 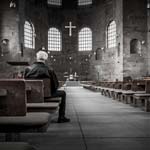 1.  Christianity. This religion believes that a single God created the heavens and the earth. Christians believe in the Old Testament (Bible) and the history of God.  They believe in prophets such as Noah, Abraham, Jacob, Joseph, Moses, and many others.

The beliefs are based on a single God made up of the Father and the Holy Spirit.  Some believe that The Holy Spirit was how God communicated with individuals.

The New Testament was written to include Jesus Christ as the son of God.  The definition of the single God became a triad of the Father (God), the Son (Jesus Christ), and the Holy Ghost or Spirit. 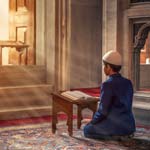 2. Islam, a.k.a. Muslims. This religion is a monotheistic religion with or single God known as Allah. It became a significant world religion based on the prophet Muhammad.  They believe in several prophets, including Noah, Abraham, Moses, and Jesus.  Muslims believe that Muhammad was the last and final prophet.  He was born in Mecca in 570 AD.

When Muhammad died, there was a division in Islam into two major sects.  The Sunnis and Shiites.  The Sunnis make up about 90% of Islam.

Muslims follow five pillars of faith, i.e., Shahad is a declaration of one’s faith in God and Muhammad; Salat is to pray five times a day, Zakat requires members to give to those in need; Sawm is to fast during Ramadan, and Hajj is to make a pilgrimage to Mecca during a person’s lifetime if they are able. 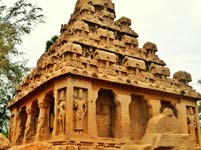 3. Hinduism. This religion is based on a single God who created the universe and multiple other gods and goddesses. It embraces many religious ideas.  Most believe in a soul (Atman), reincarnation (Samsāra), actions that influence their future (Karma), and a code of living of good conduct and morality (Dharma).

The Dharma is divided into four age-based stages known as Ashrama.  The student phase (the learning stage under a mentor), the household stage (marriage, children, production of food and material things), the retirement stage (handing over responsibilities and wealth to the next generation), and the renunciation stage (purging of worldly desires and prejudices).

The Hindus believe the family is the building block for the religion and often has three or four generations living together.  Each generation owes duties of shelter and support to their parents. 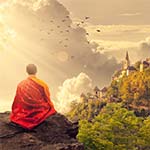 4. Buddhism. This religion is non-theistic, i.e., there is no creator God. Buddhists’ goal or endpoint is to find enlightenment or inner peace and wisdom.  When followers reach this enlightenment, they reach Nirvana.  The path to enlightenment is morality, mediation, and wisdom.

They believe in the four noble truths: suffering, craving, cessation, and an eight-fold path leading to the end of suffering.

The Buddhists believe that there is a new existence after death in an endless cycle of reincarnation (Samsāra).  But reincarnation does not necessarily take the form of a human being.

The Hindus and Buddhists are also similarly connected.  Both believe that individuals can achieve their path to their personal God (Hindu) or enlightenment (Buddhist).  Both believe in a type of afterlife involving reincarnation.

[Limitations] This website does not purport to have expertise on religion or on the afterlife.  The most knowledgeable people would be the leaders and missionaries of those religions as guided by their respective Holy documents. 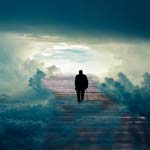 The Hindus and Buddhists believe in an afterlife in the form of reincarnation.  The Hindus believe that all living being have a soul that never dies.  It leaves the body upon death and passes into another life form.

The Buddhists religion is more complex relating to the soul.  They believe in a continuous transmigration consisting of rebirth and redeath.  These cycles are considered painful and causes hardships.  The cycle stops upon reaching enlightenment and liberation.

G. Definition of Soul and Afterlife.

The Holy writings of each religion are the best source for these definitions.

The dictionary defines a soul as constituting the “essence of a living being.” 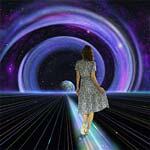 Essence would likely include what we consider as our senses, i.e. what we see, hear, taste, smell, and touch?  Certainly, our emotions like love, happiness, joy, fears, etc., must be included.  Critical to our essence would be memories.  Few people would want a perpetual life in heaven without memories.  The last thing is free will, i.e., our ability to choose our own paths and to participate in conversations.

The best definition would be that a soul before and after death must be able to experience senses, emotions, recall memories, and have free will.