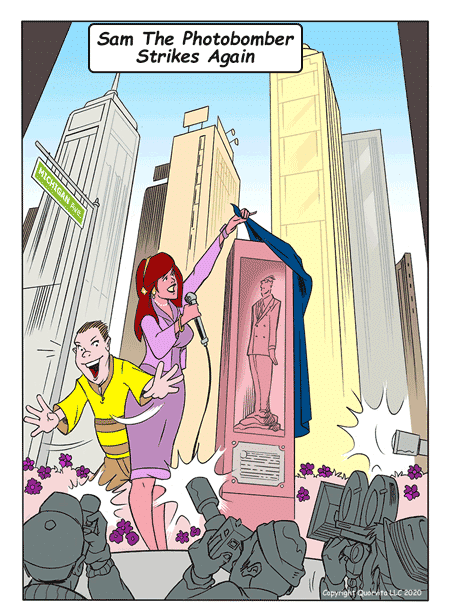 Here are a few interesting facts about Illinois:

Ronald Regan was born in Tampico, Ill.  He started as the announcer for the Chicago Cubs.  While traveling with the team to California, he took a screen test as a prank, and his movie career sprung to life.  His first major entry into politics resulted in a governorship.  In 1980 he won all but six states to become our president.  Regan cut income taxes, and the economy soared.  He was re-elected for a second term, winning 49 out of 50 States.  As a result of President Reagan’s actions, the Soviet Union crumbled, and Mr. Gorbachev did “Tear Down This Wall.”

Birthplace of Nuclear Power.  It all happened in the basement of the metallurgical lab at the University of Chicago.  Enrico Fermi tested his theory that a chain reaction could be controlled.  On December 2, 1942, the test was ready.  All control rods were removed except one.  The last one was slowly lifted.  The instruments picked up a small half-watt blip.  The experiment was shut down, and a bottle of Chianti opened.  A secret message to the government announced: “The Italian navigator has landed in the New World.”  The response was, “How were the natives?”  And the reply was, “Very friendly.”  It just goes to show that even nerds can have catchy communication skills.

John Deere moved from Vermont to Grand Detour, Illinois, in 1836.  The traditional method of doing business was that the product would be ordered and then built.  But John Deere envisioned building equipment in volume and then selling it.  This required money and lots of it.  Eventually, the John Deere tractor became a household name in the farmlands of the Nation. It revolutionized farm production.  Today, John Deere employs 67,000 people and is the largest agriculture machinery company in the world.  Illinois is the birthplace of skyscrapers, nuclear power, and farm equipment.

Judith A. Curry obtained her Ph.D. in Geophysical Sciences from the University of Chicago. She held faculty positions at Penn State University, Purdue, University of Wisconsin-Madison, and the University of Colorado-Boulder.  She was chairman of the School of Earth and Atmospheric Sciences at the Georgia Institute of Technology.  She has authored or co-authored hundreds of published articles in scientific journals and has co-authored books on the Thermodynamics of Atmospheres and Oceans.  Dr. Curry has criticized those who attempt to mix politics into climate science.  Every gloom and doom projection has failed.  Every one.  She reminds us that if a statement uses emotions like fear, it is most likely pushing a political agenda rather than science.