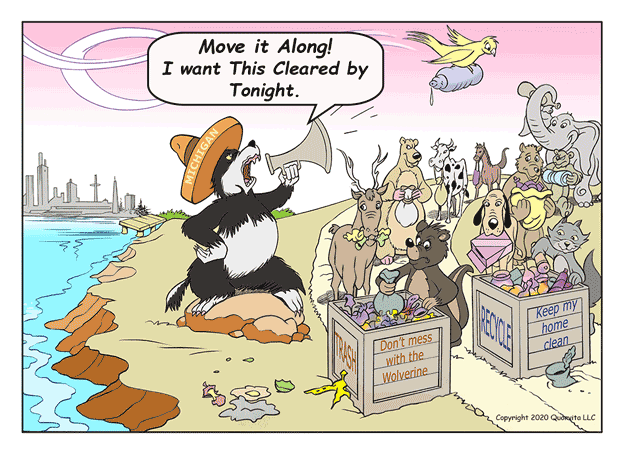 Michigan was explored/settled by the French and then taken over by the British during the French and Indian War.  It became a territory of the United States after the Revolutionary War, but the borders remained disputed.  Detroit surrendered the area to the British during the War of 1812.  However, the US attempt to take back Detroit resulted in a devastating American defeat with the highest casualties.  It was recaptured from the British in 1813 and became a state 24 years later.

Here are a few interesting facts about Michigan:

Henry Ford was born on a farm in Greenfield Township, MI.  He walked four miles to church every Sunday.  He only had an 8th-grade education, but he went to work as a machinist.  He saved his money and formed his first automobile company.  He hired the Dodge Brothers, who had experience in manufacturing techniques. With their help, he formed the Ford Motor Company.  His goal was to sell automobiles to the average person, not just the rich.  He sold the essential touring car for $360.00. Sales skyrocketed.  By 1932 Ford was selling one-third of all automobiles in the world.  He introduced new manufacturing and business methods and was able to change the world, all with an 8th-grade education.

Charles Lindberg was born in Detroit.  He loved to fly, so he traveled across the country performing aeronautical stunts.  A $25,000 reward was put up for the first person to fly non-stop from New York to Paris. Lindberg wanted in on that challenge, even though six men before him had already died attempting to make the flight.  He took off from Long Island on May 20, 1927, barely clearing the telephone wires.  Darkness set in over Nova Scotia as he headed for the open Atlantic.  The heaters had been removed to make room for extra fuel, and he kept his window open so that the cold air would keep him awake.  He spotted the coast of Ireland and turned south toward England.  He saw the lights of Paris and circled the Eiffel Tower.  By the time he landed, a crowd of tens of thousands had stampeded the plane.  This everyday man inspired millions in less than two days.

Danny Thomas was born in Deerfield, MI, in the middle of a snowstorm.  “The Danny Thomas Show” was one of the most successful TV series, lasting for 11 years.  He also produced many other hit shows, including The Dick Van Dyke Show, The Andy Griffith Show, That Girl, The Mod Squad, The Real McCoy’s, and several more.  One of his most profound achievements was the establishment of the Saint Jude Children’s Hospital – a place where children are treated for severe diseases, such as cancer, and they do not pay a cent.  Danny Thomas received the Congressional Gold Medal.  He filmed his last commercial for St. Jude Hospital on February 4, 1991, and died two days later.  A wonderful, wonderful person with a heart of gold.

Dr. Ben Carson was born in Detroit.  Growing up in inner Detroit, he had a difficult life; however, he went to Yale University and the University of Michigan Medical School.  At 33, Dr. Carson was the youngest physician to become Director of Pediatric Neurosurgery. He was also honored as one of the Nation’s 20 foremost physicians.  Carson is also politically active, becoming Secretary of Housing and Urban Development. Carson reminds us that “it does not matter where we come from or what we look like. If we recognize our abilities, are willing to learn, and use what we know in helping others, we will always have a place in the world.”