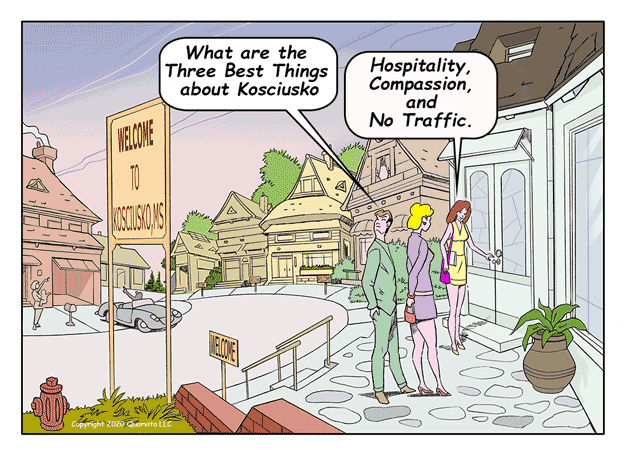 Here are a few interesting facts about Mississippi:

Friendliest & Safest.  Mississippi is one of the friendliest and safest places to live.  Southern hospitality awaits all those to travel to this state.  It is in the top 16 safest states in the United States.  It has southern hospitality and charm and is known as the “Riviera of the South.”  Nostalgia resides at every corner.

Brett Favre was born in Gulfport, MS, and raised in Kiln’s small town.  He has a birth connection to the Choctaw Native Americans.  In college, his coach wanted to play him as a defensive back, but Brett wanted a quarterback role.  He finally got his chance in a game against Tulane, even though he was sick then.  He led the team to a come-from-behind victory with two touchdown passes.  Despite the opposition of the head coach, Brett was drafted by Atlanta, who said that it would take a plane crash for him to put Favre in the game.  Brett’s first pass in the NFL was an interception; out of four attempts, two were intercepted.  He was promptly traded to the Green Bay Packers; the rest is history.  Since retiring from the NFL, he’s been asked to jump into politics in Mississippi.  “Not yet,” he says.

Tammy Wynette from Tremont, Mississippi, was a great country music singer-songwriter.  She grew up poor, in a home without indoor toilets or running water.  She did not start in music.  She was an all-star basketball player, which gave her confidence.  And she worked as a hairdresser, which gave her financial security.  When she needed extra money, she would perform in a couple of nightclubs.  People liked her voice, and a record producer signed her to a contract.  Her best-known song, “Stand by Your Man,” earned her the First Lady of Country Music title. The woman’s rights movement criticized her song, but their criticism had the opposite effect, shooting the song to number one.  Hard work, talent, and courage define her.