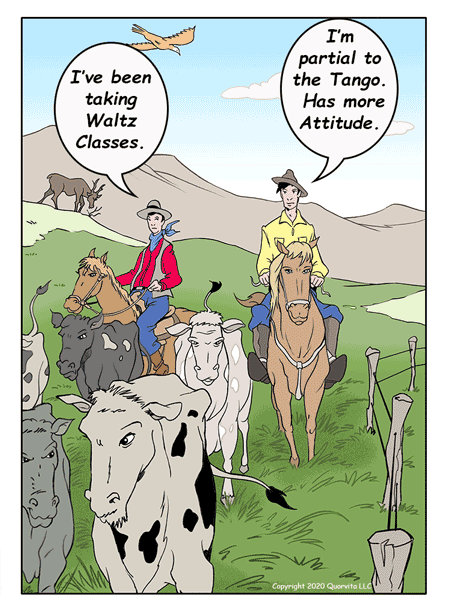 After the Lewis & Clark Expedition, the Oregon Trail opened the area to settlements.

Here are a few interesting facts about Montana:

Cowboys. The dictionary defines “cowboy” as a person who tends cattle, traditionally on horseback.  But a cowboy describes himself as a man who works tirelessly under the blazing sun and in the blowing dust to coax cattle to places they don’t want to go.  Cowboys have to be knowledgeable in all things related to animal husbandry, including castration, infectious diseases, reproduction, and more. They are notorious for hating politicians, bankers, and lawyers. And they tend to believe that their word is more important than documents written by people sitting behind desks.  Likewise, cowgirls have the same unwavering work ethics as their male counterparts.

Evel Knievel was born in Butte, MT.  He quit high school and took a job at a nearby copper mine.  However, he was fired from there after trying to do a wheelie with a large earth mover.  Although a downed power line was found near his truck, resulting in a blackout in Butte, Evel claimed that there was no evidence connecting him to it.  After that, he sold insurance, but he was also asked to leave that job.  That’s when he decided to start jumping things with his motorcycle.  His big moment came when he was scheduled to jump the fountain at Caesars Palace.  During a practice run, he crashed and was seriously injured.  It was that injury that made him famous.  Later, he tried to jump the Snake River Canyon with the help of a rocket.  However, a parachute prematurely opened, causing him to crash.  In fact, during his career, he crashed more than 20 times and had 433 bone fractures.  His wild spirit and never-give-up attitude captivated, delighted, and inspired those around him.

Dan Mortensen was born in Billings, MT.  He started rodeo roping at six and worked his way up to riding bulls.  He was named as Montana’s top ten athletes of the century.  In 2002, Dan climbed atop a horse named Painted Smile at the finals in Las Vegas.  The horse had a reputation for being the worst bucking horse that ever lived.  Right out of the gate, the horse went vertical.  Dan held on.  The horse did a 180, and on its way down, it twisted its head, looking back in disbelief at its unwelcome and unshaken rider.  When the horn sounded, Dan jumped off and waved to the crowd.  He scored 92 points and tied the arena record.  Fearless passion drove Dan Mortensen to his six World Saddle Bronc Championships.

Montana Department of Transportation in Helena employs hundreds of hard-working people who go about their days in good and bad weather conditions, keeping the roads safe, secure, and uneventful.  In the harshest blizzard conditions, they are there working 24 hours a day.  If a snowstorm covers the state, as it does every year, the miles required to plow the whole system equates to 1 time around the earth.  These men and women do it in 24 hours.  Remarkably, it is done without people noticing or understanding what they do.  The only time that their work is recognized is when a motorist runs off the road or gets trapped in a snowstorm, and the people of the Montana Department of Transportation are there to help.  These are some of the most incredible people on earth.