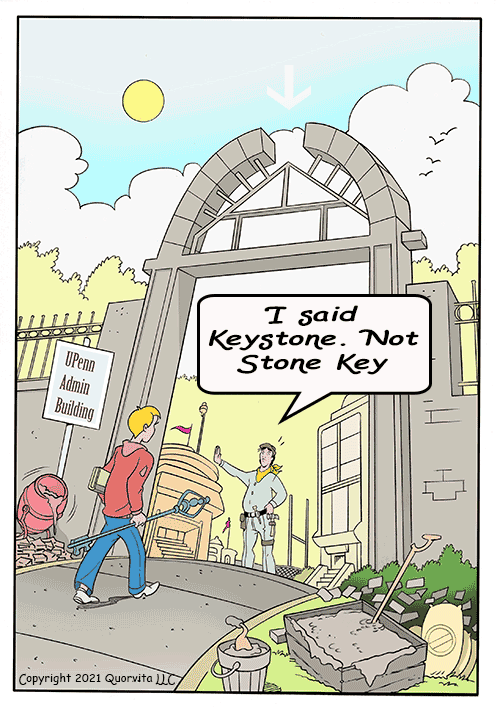 Pennsylvania was founded in 1681 by William Penn.  It was here that the 13 colonies met and adopted the Declaration of Independence.

Here are a few interesting facts about Pennsylvania:

Daniel Boone was born in Oley Valley to Quaker parents.  Boone was a land speculator, buying and selling thousands of acres.  When he lost everything, he moved to Missouri and acquired land grants from the Spanish government.  After the Louisiana Purchase, the US rejected his claims because he didn’t have anything in writing.  He lost the remainder of his property, paying off his legal fees.  Boone’s adventures were enshrined in American folklore by the writings of James Fenimore Cooper.  Interestingly, almost all of the writings were made up.  Daniel Boone was a simple, hard-working family man of 10 children who refused to give up.

Arnold Palmer was born in Youngstown, PA, and grew up in Latrobe.  His father gave Arnold a set of golf clubs when he was three years old, and Arnold fell in love with the sport.  During his rookie season, he won the Canadian Open, earning $2,400, which was not even enough to pay his costs.  His first of four masters’ Championships was in 1958.  He was a risk taker and pushed to make spectacular finishes.  He lost the Masters by one stroke because of a double bogey on the last hole.  But throughout his career, Arnold wisely invested in many business ventures.  He designed more than 300 golf courses in 37 states, 25 countries, and five continents.  Arnold was an American business icon who could play a mean round of golf.

Newton “Newt” Gingrich was born in Harrisburg, PA.  Some believe Newt got his nickname from the highly adaptive salamander that can spit poison and regenerate its limbs when wounded.  But that was not the case.  It came from his mother, who affectionately called him “Newtie.”  Newt’s political accomplishments are long.  Suffice it to say that Newt changed congress by encouraging house Republicans to fight back and ignore the media.  The media was 2 to 1, favoring democrats (34% to 16%).  The Republicans took notice and, in 1994, gained 54 seats, taking control of the house for the first time in 40 years.  Newt once said, “The most important social welfare program in America is a job.”

Johnny Unitas, aka “The Golden Arm,” was born in Pittsburgh.  He was small for a football player and couldn’t get drafted, so he went to work in the construction industry.  However, the Baltimore Colts reached out and asked him if he wanted to try out for the team.  Johnny and a buddy scraped together a few bucks for gasoline to make the trip to Baltimore.  He ended up making the team, but only on a trial basis.  In his first game, he went 0 for 2 with one interception.  In the second game, his first play was an interception.  On his next play, he fumbled the ball, and the other side recovered it.  Why the coach kept him on as a probationer player was beyond strange.  But the coach saw something in him.  Johnny turned the corner and set record after record, resulting in numerous championships.  His never-give-up attitude lead to him becoming one of the greatest quarterbacks in history.

James Stewart was born in Indiana, PA, to Scottish parents.  He got his break in the movie Mr. Smith Went to Washington and earned an academy award for The Philadelphia Story.  When the war came, Jimmy enlisted and flew B-24 bombers over Germany.  On every mission, he kept a letter from his father in his vest pocket, next to his heart.  After the war, he was cast in the movie. It’s a Wonderful Life, from which he won his second academy award.  When asked how he wanted to be remembered, he said, “As someone who believed in hard work, and love of country, love of family, and love of community.”