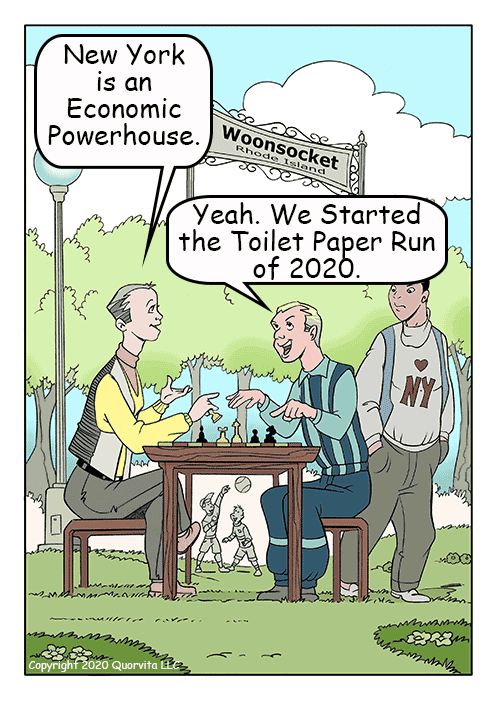 Here are a few interesting facts about Rhode Island:

US Open Tennis.  The US Open Tennis Championship was first held on a grass surface at the Newport Grand Casino in Newport.  It started as a members-only tournament before being publicly opened three years later.  The winner of the previous year was automatically entered.  It was later moved to Queens, New York City, to accommodate the increasing crowd size.  The grass surface eventually gave way to clay and then to acrylic.  But the 130-year-old Newport Grand Casino exists today in its splendor, grass tennis court and all.

America’s Cup Races.   America’s Cup sailboat races began in England in 1851 with a yacht built in New York City.  The New York Yacht Club intended to show off the sailboat in England and bring a trophy back to New York.  And that’s precisely what happened as they beat their competition by a whopping 8 minutes.  After that, the New York Yacht Club won every race until 1987. In 1930, the race’s starting point was moved to Newport, Rhode Island, where predictable winds and light commercial traffic made it the perfect venue.  Since the New York Yacht Club’s loss in 1987, they have not recaptured the trophy. Instead, it has been passed between America, Australia, New Zealand, and Spain.  The 2013 race was a real “never give up” moment.  After the first nine races, New Zealand was up by eight wins, meaning that America had to win the next eight straight races.  No one gave America any chance of winning.  Yet they pulled it off, proving that even dramatic come-from-behind victories are possible if you never give up.

George Henry Corliss moved from New York to Providence, RI, in 1844, looking for work.  He began tinkering with stationary steam engines as a possible replacement for water power.  He developed a unique valve that could switch steam so efficiently that it reduced the engines’ fuel consumption by a whopping 30%.  Most steamboats and steam locomotives used the Corliss design.  It was so successful that the US Government used his Corliss engine to power the Monitor during the civil war.  When his patent expired, he sold his machine to a company that would later become Allis-Chalmers.  The Corliss Steam engine powered the industrial revolution.