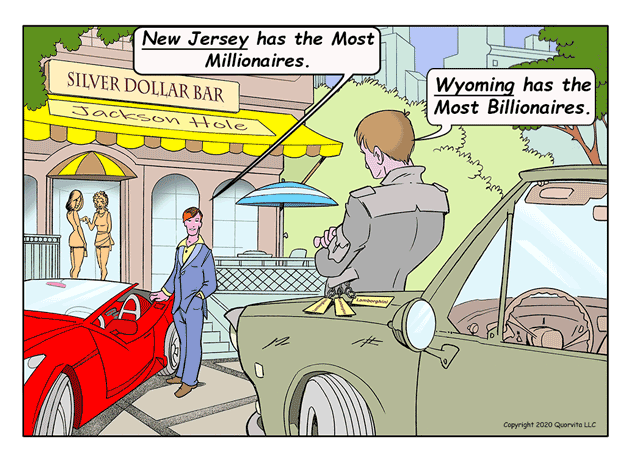 Here are a few interesting facts about Wyoming:

Alan Simpson was born in Colorado but moved to Wyoming when he was young.  He served as Wyoming’s senator for 18 years.  His personality mirrors great poets like Mark Twain and Will Rogers.  His captivating, common-sense analogies landed him the title of the most quoted modern-day politician.  He was a proponent of women’s rights. During his terms in office, women made up two-thirds of his staff.  He criticized Congress’s use of titles on legislation to convey misleading information, such as the Affordable Care Act being anything but affordable.  Alan Simpson was never timid in calling out hypocrisy. He believed that “telling the truth is the essence of leadership. If you have integrity, nothing else matters.”

Dana Perino was born in Evanston, on May 9, 1972.  Dana was hired two months after the 9-11 attack as press secretary and assistant to President George W Bush.  She became a political commentator on Fox News in 2009.  She believes that global warming is a hoax. Current science backs her up.  The amount of CO2 in the air is minuscule, at only 0.04 percent.  Plants, which are necessary for all life on earth, must have CO2 to live.  Therefore the more CO2, the better plants will grow.

Rare Earth Elements.  Rare earth elements are used in our sophisticated electronic systems and satellites.  Wyoming is home to the highest-grade rare earth deposits in North America.  These elements are often located near coal layers.  With Wyoming being the largest coal producer, it makes sense that it is also high in rare earth elements.  Since 1990, China has been producing almost all of the rare earth elements, generating 85% of the world’s supply, and putting competitors out of business.  But because of the trade tariffs, China has threatened to cut off these minerals. Luckily, rare earth element mining is currently under development in Wyoming.

Rulon Gardner grew up in Afton, Wyoming, at an elevation of 6,240 feet.  He grew up on a dairy farm where he milked and fed cows twice a day, every day.  This built arm strength and incredible endurance.  He was all-state in football, placed second in the shot-put competition, and became the 1989 wrestling state heavyweight champion.  Then he was selected to go to the summer Olympics, in 2000, for Greco-Roman wrestling.  His opponent was the famous Russian champion Aleksandr Karelin.  Karelin was a towering man, undefeated for 13 years, who had not given up a point in six years, earning him the nickname “Russian Bear.”   The Las Vegas odds against Rulon were 2000 to 1, the second largest in history.  And yet, Rulon smiled as he stepped onto the mat.  Karelin attempted a reverse lift in the first round but couldn’t get Rulon off the mat.  Rulon defeated the “Russian Bear” that day.